I've been thinking about painting this for a few months and once the leaves started to change I knew it was the right time. 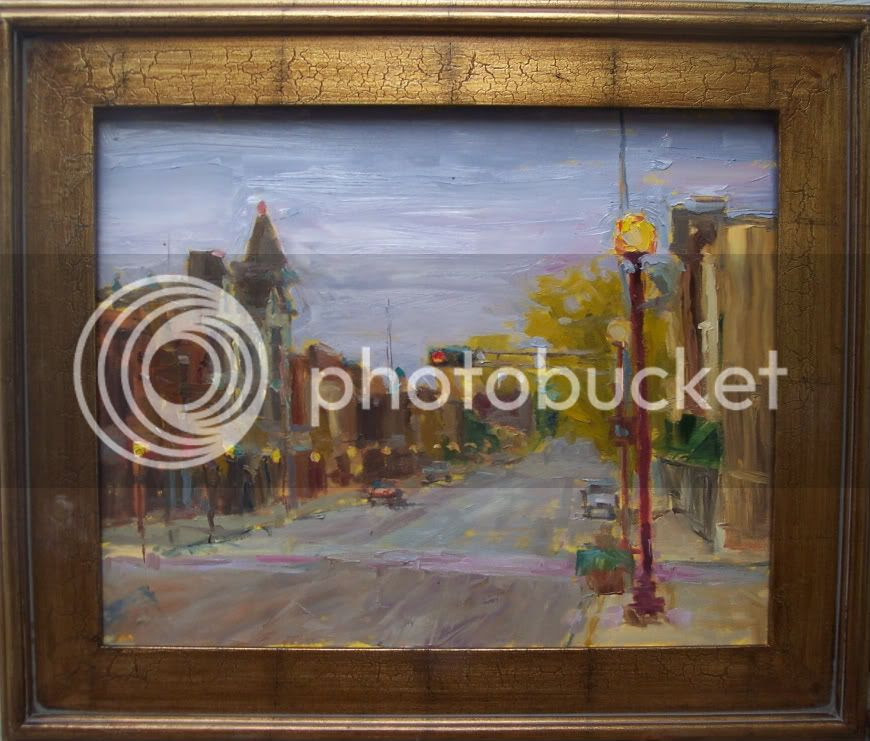 Between Reedsburg and Rock Springs 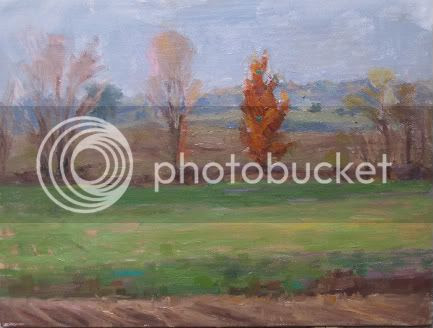 Looking into Reedsburg, this is a farm with a view. 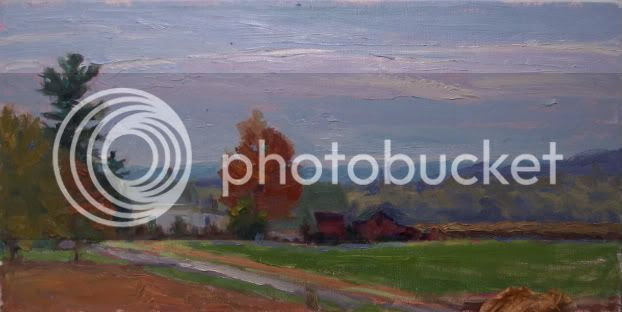 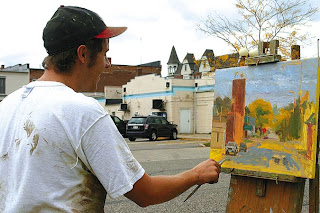 REEDSBURG — He parks his car, sets up his easel and starts to paint. Sounds simple enough, and it is. But this Reedsburg-born artist is unaccustomed to the positive attention he and his art have received as of late.
"I'm so used to people not 'feeling' me doing stuff. When I was skateboarding no one liked skateboarders. But yea, painting, the community is just stoked," said Kyle Martin standing in the middle of a parking stall on Vine Street.
Covered in paint, smiling and whisking oils across a canvass, Martin works on his 170th painting of the year.
"I always kind of had it in the back of my mind; I wanted to paint. It's a lost art form. Their aren't many people doing it," he said.
A friend walks out of a nearby business.
"Casey!" Martin says.
"I saw you down by Park and Third."
"Yeah, I was their Sept. 15," Martin recalls with uncanny precision. "I was painting the church. I've painted that six times."
The friend chats for awhile and retreats to his work.
"I love painting on cloudy days. I love painting in the rain," Martin said.
Woolen Mill Art Gallery owner Donna Neuwirth, who is known for her artistic expertise, has took to Martin's paintings as well and allowed him to have an installation at her downtown showroom in September.
"His painting is very emotional, and you can tell he has a great love for his subject matter — the agricultural landscapes that surround this area," Neuwirth said.
The 27-year-old's show drew a lot of attention.
"We had more people in the gallery than ever before. People who have no connection to him are responding to his work, including a women from Madison who had never been to Reedsburg before," Neuwirth said. "He's emotional and enthusiastic, and that comes out in his painting."
Martin described the experience as "awesome" and was keen on sharing the fact that he sold pieces during the installation.
Martin paints in a semi-impressionistic style, which captures light and motion in paint. He's quick to say, however, that he doesn't feel qualified to be described as such. "Being mentioned along with great artists like Monet and Cezanne — whoa, I'm not there yet," he said.
Martin enjoys conversing with passersby when he's working, so if you see him and his easel feel free to chat.
Posted by Kyle Martin at 6:17 PM 1 comment: