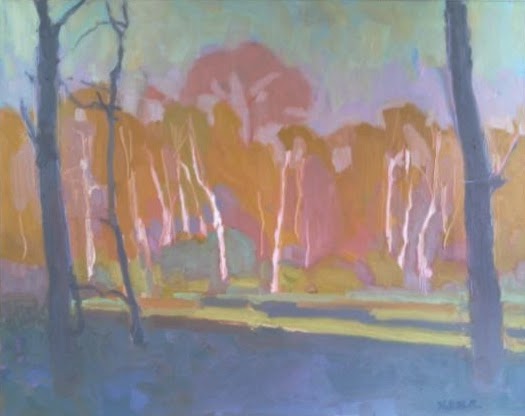 Have a great holiday. I have much to be thankful for this year, and I hope you will get to spend time with friends and family today.
Posted by Kyle Martin at 12:00 AM 2 comments: 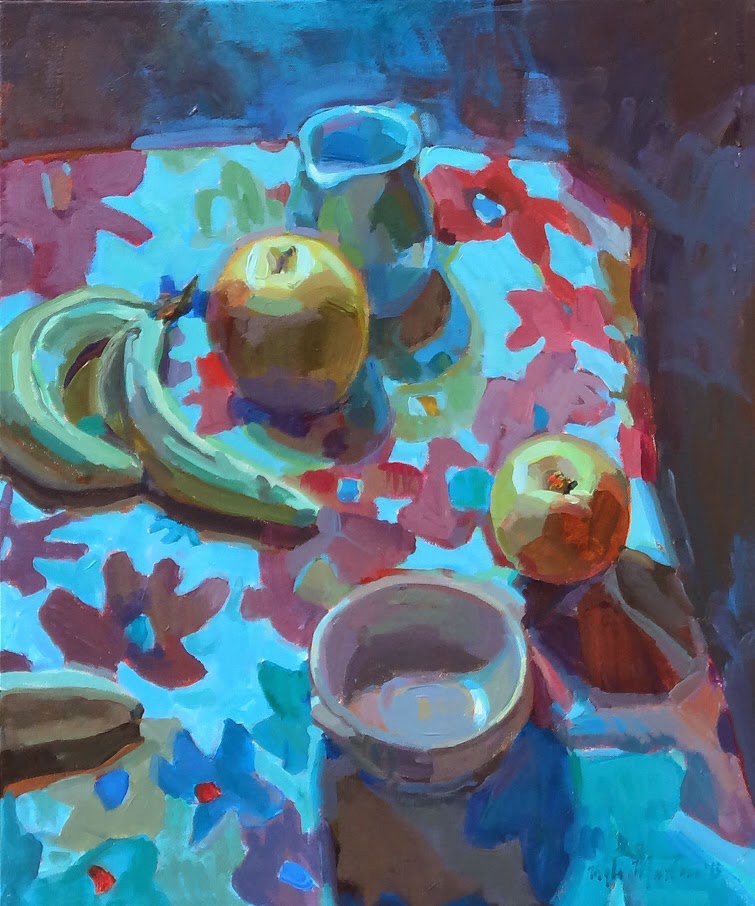 Here is a still life that I painted under a black light. The floral table cloth is funky and fun to compose objects on. Several people who saw this painting on the fall art tour commented that it appears to be a nocturne painted under moonlight. I like that idea, and am hoping to do more like these now that the snow is here. 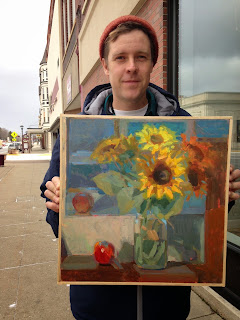 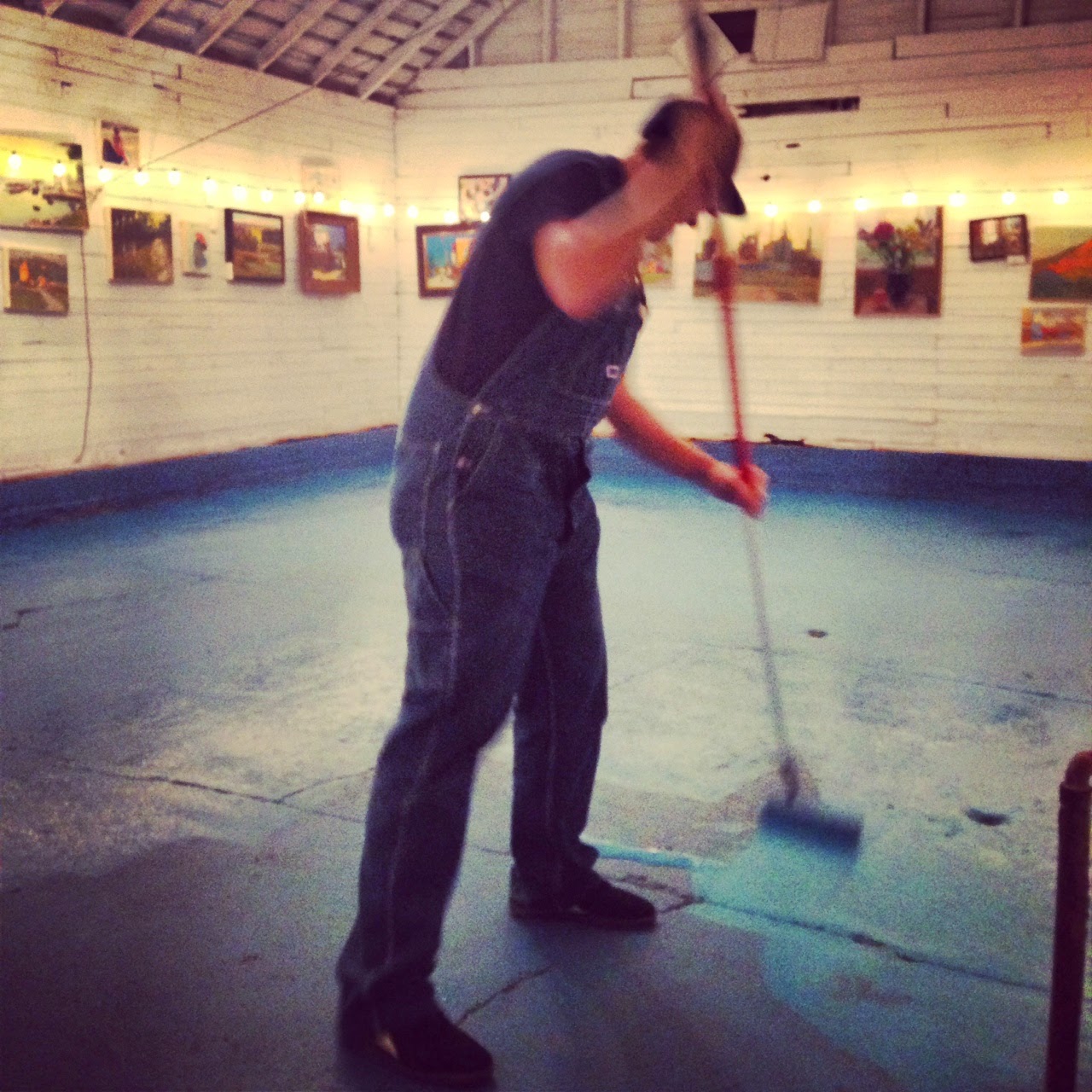 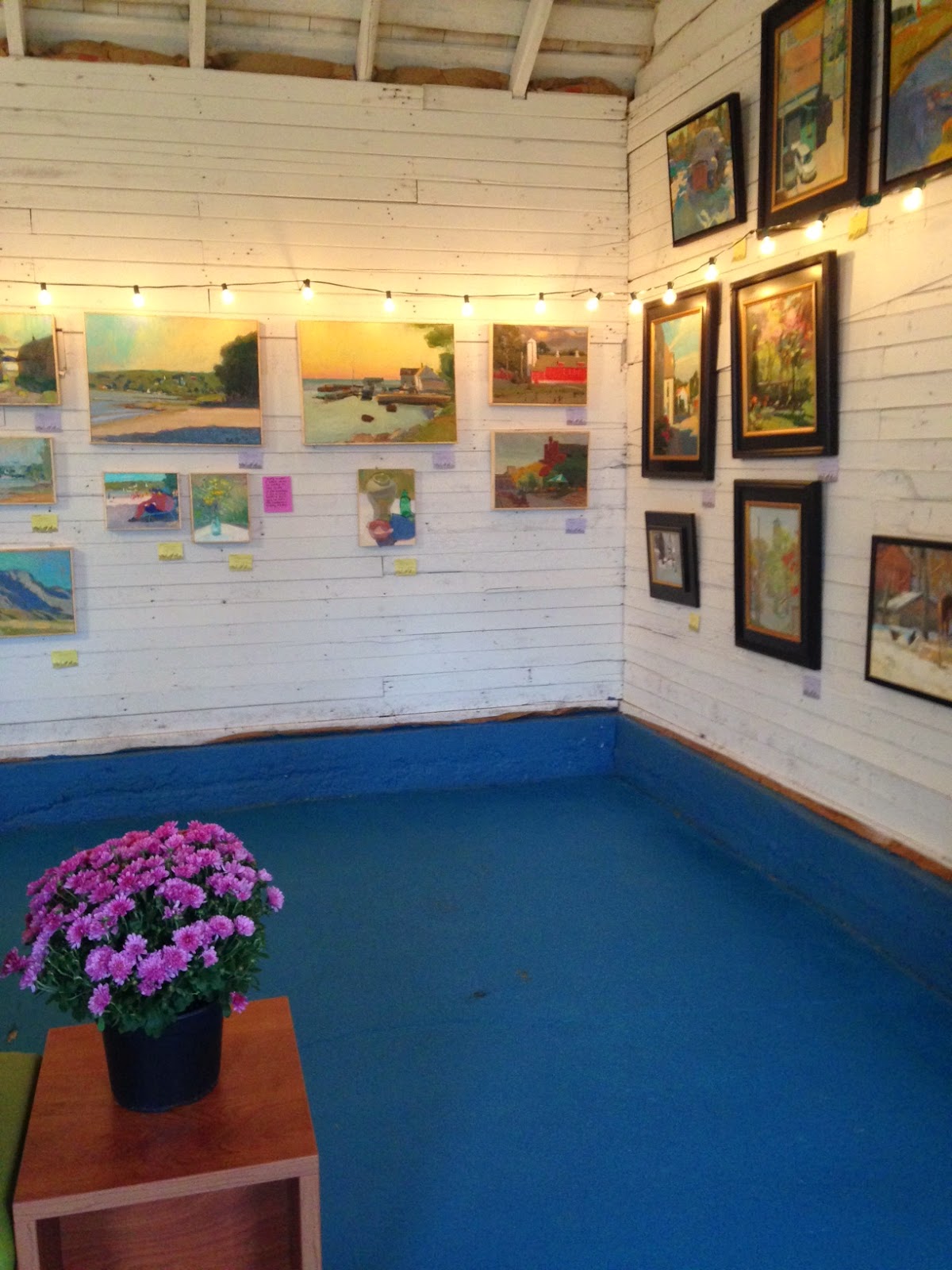 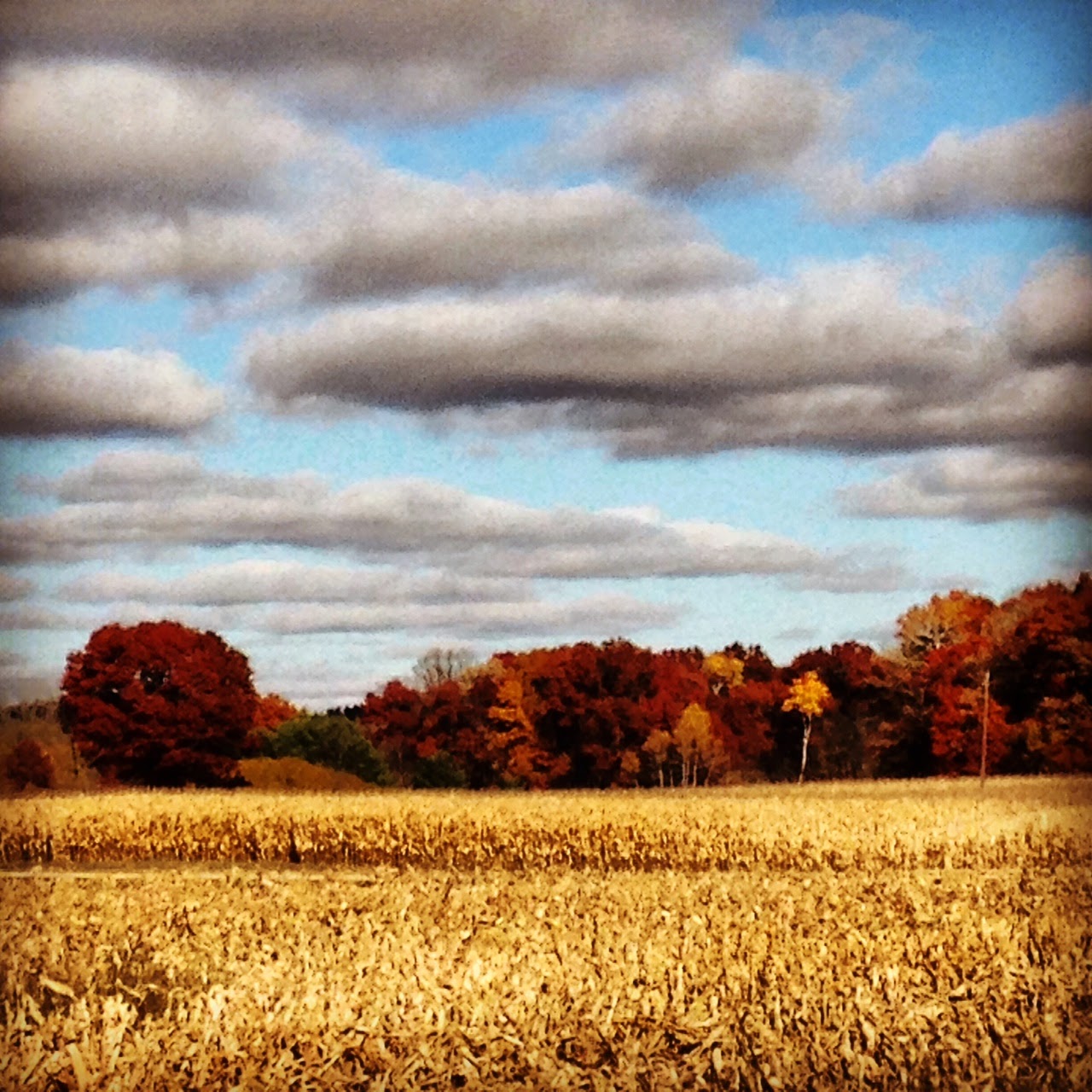 We had a great 2014 Fall Art Tour at the Chicken Coop Studio. The weather plays a part in the success of the tour, and this year there was sun and decent temperatures. The autumn colors were at their height the weekend of the show, and I had 800 visitors come through the Chicken Coop.

Along with getting all the paintings ready for the show, we made some upgrades to the studio. Cortney found a great lighting solution, for the first time my paintings had light in the Coop. We also bought some new funky furniture for the space, repainted the floor, and cleaned up the brush at the farm.

The studio is literally a Chicken Coop that was built in the 1930's by my Great - Great Uncle. The plans for the Coop came from the University of Wisconsin, and they were state of the art at the time. The farm has been in the family since 1911, and my Grandma Schneider had 200 chickens in the building, which helped them pay for the farm. Eggs sold for a better price than milk at the time. I grew up around the farm, and am happy to say that we are moving into the farm house very soon! We will have a new heated studio in the house, but we will always keep the Coop as a showplace.
Posted by Kyle Martin at 8:09 PM 2 comments: