Pics from the Bird

Here are pictures of some of my work hanging right now at the Blue Heron in Reedsburg. 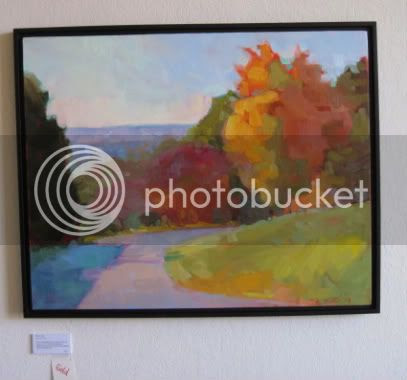 Here is a last minute piece, it's the view from the art room at Boo-U looking south. 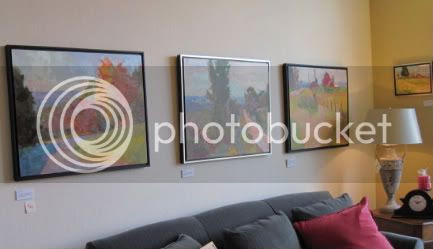 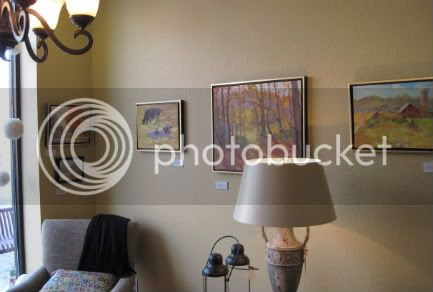 Everybody loved the cows! 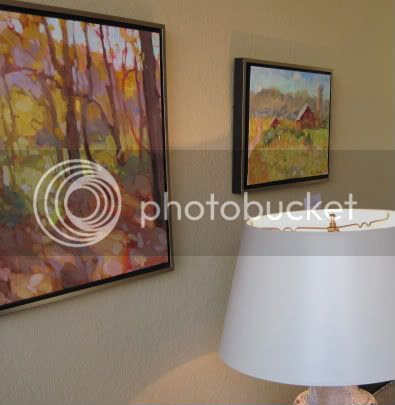 A fragment of a forrest interior next to the Queen Anne's lace piece.

Thanks to everyone who stopped by over the weekend! These pieces will be up through Christmas.
Posted by Kyle Martin at 11:26 AM 4 comments: 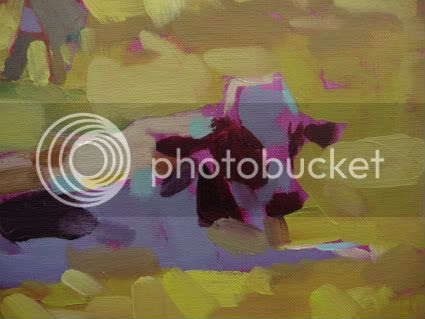 I will be hanging new work at the Blue Heron the day after Thanksgiving.
These past weeks have been event filled, feeling things out, finalizing what will go up and ordering frames. This autumn I have been working a bit differently by taking pieces done in the open to the studio, and these works reflect that. I am very excited to finish up the framing so that I can get back to working outdoors every day. The transition from late Fall to Winter is beautiful.
Please stop by to see the work and say hello on Sunday November 28th from noon until 2pm.
Posted by Kyle Martin at 12:30 PM 3 comments:

Thanksgiving is coming soon. I will have some new pieces up in the Blue Heron during the weekend after Thanksgiving, and I will be in the store to talk about the new work on Sunday November 28th from Noon until 2pm.

Here is a piece painted just before the wind took the sugar maple leaves. 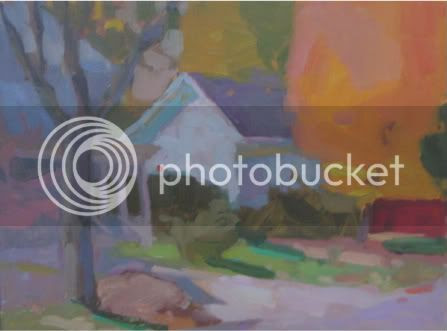 I think I live in the best neighborhood in Reedsburg. My neighbors are great. Last weekend Jenny and I were attempting to rake our leaves and the Coopers came out and lent us a rake, their big tarp to pile the leaves on and even their mulcher. Jenny raked the leaves as much as she could, and then I'd come around with the mower and clean it up, sort of like brushing oil primer onto a canvas. Then, we had a big outdoor block party on Haloween, Willard Gant fried up some fish and we also had plenty of other good food (think 5 pies!).
This autumn, I was set up around Vine st. whenever I could. It's a good feeling, and really a dream to paint. 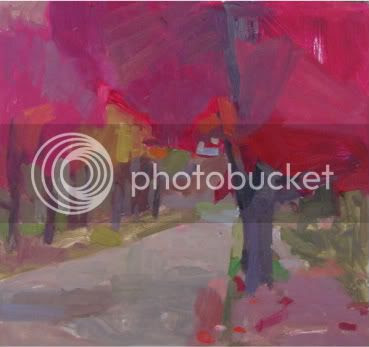 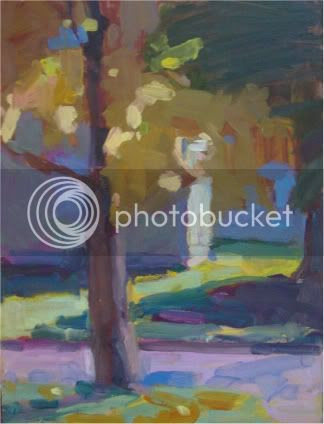 
"There has never been a greater need for peaceful enjoyment, for a chance to refresh ones soul and spirit. Our age is in desperate need of faith in man and evidence that life is worth living"
-Henry Hensche
Posted by Kyle Martin at 10:15 AM No comments:

Autumn is a special time.
So special that I have felt the need to push further, to try new things.
While I have not posted any work lately, the struggle part of experimenting being felt, I have been painting every day. In late September I drove from Reedsburg to Baraboo through North Freedom. This ride was so intense and filled with the different moods and feelings of autumn that I decided it would be of more value to paint several pieces in a day instead of one. The goal of doing this would be that it would be possible to use these as reference material for some studio work.
Now, reflecting on this idea, I don't know if it worked, but it seems that it has been of value to growth. Part of the growth being simply in the act of pushing and trying for something else, if we always know what we are doing the results are not a step forward.
I painted in several ways. Sometimes, trying for accurate color up front as in these pieces, time being the reason for attempting accuracy at the start. 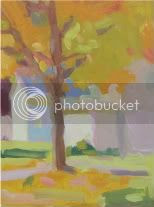 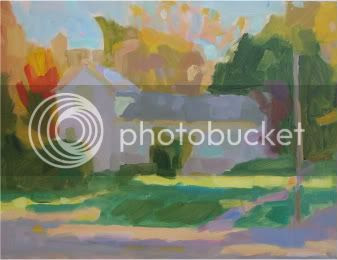 12"x16"
At other times, the building up of masses was more important, often starting with a warm massing and painting cooler on top to attempt color vibration. 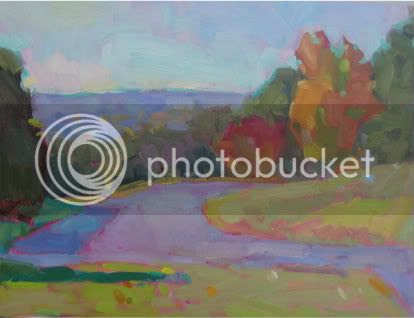 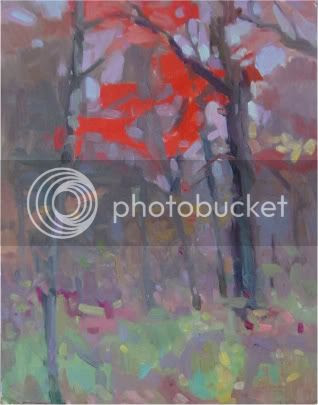 Another consideration of these paintings is that several of the pieces are small. While it may have saved a bit of time, there were several instances where a larger canvas could have helped. I enjoy the gesture of a larger canvas as well as the way you can divide the masses more easily.

"The quality of the blue used, it's refinement reveals the stage of development of the artist making it. He begins with flat masses and modifies it as he makes comparisons and adjustments with the other masses of color, recording his light scheme. The big masses are most important, and those he improves as much as he is able before making variations within an area"
- Henry Hensche

Well, the color is mostly gone now, Jenny and I have some raking to do. I hope to post more soon.